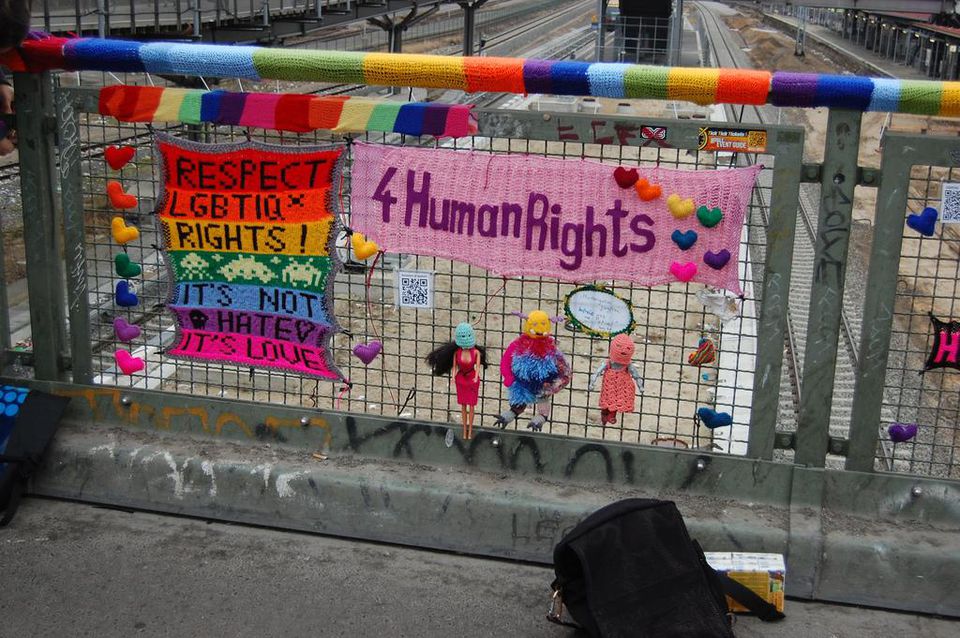 There are few human rights issues in the U.S. on which public attitudes have changed more quickly and greater progress has been achieved than those relating to sexual orientation and gender identity. Though initial progress was slow, over the last 20 years, advances have been swift and dramatic.

Globally, progress has been much more difficult to achieve. Seventy-two countries around the world still have laws that criminalize sexual orientation and gender identity including eight that apply the death penalty for violations of these statutes. In many of these countries, leaders not only fail to protect LGBTI people against violent attacks, they are themselves the perpetrators of such acts. In Chechnya, for example, beginning in 2017 security forces, under the control of Ramzan Kadyrov have carried out what Human Rights Watch calls an “anti-gay purge.” Human Rights Watch reported that Chechen forces “rounded up dozens of men on suspicion of being gay, held them in unofficial detention facilities for days, humiliated, starved, and tortured them. They forcibly disappeared some of the men. Others were returned to their families barely alive from beatings.”

Recognizing the scope and severity of these violations, last month at the World Economic Forum in Davos, seven leading global companies launched the Partnership for Global LGBTI Equality. It signals the start of a multi-year campaign to enlist global companies to protect the human rights of their employees, including those working for firms in their global supply chains. It also encourages these companies to become more active globally in challenging draconian laws and practices on sexual orientation in the countries where they operate. The companies leading the charge in this effort are Accenture, Deutsche Bank, EY, Mastercard, Microsoft, Omnicom, and Salesforce.com.

Until recently, such issues were rarely on the agenda for international diplomats. In December 2011, U.S. Secretary of State Hillary Clinton moved the dial significantly when she delivered the first major policy address on the topic to the United Nations in Geneva. She observed: “Some have suggested that gay rights and human rights are separate and distinct; but, in fact, they are one and the same.” She concluded: “Like being a woman, like being a racial, religious, tribal or ethnic minority, being LGBT does not make you less human. And that is why gay rights are human rights, and human rights are gay rights.” Eight years later, a number of governments are amplifying this message and now routinely raise these issues in their own diplomacy. Further reflecting the growing global concern, in 2011, the United Nations Human Rights Council adopted its first resolution addressing human rights, sexual orientation and gender identity.

And yet, it is clear that government diplomacy will not be enough to bring needed global progress and that the private sector also has a key role to play.  This is why the work of the Partnership for Global LGBTI Equality and the World Economic Forum is so vital. Multinational companies are powerful actors in today’s increasingly globalized economy. They wield great influence with local governments in the countries where they do business. They also understand and can help persuade others of the dire economic consequences of these discriminatory practices. A 2017 UNAIDS study concluded that discrimination against LGBTI people has a global economic cost of $100 billion per year. This recognition is part of what led the seven global companies to the table in Davos. As Sander van Noordende of Accenture stated,  “LGBTI inclusion is not only the right thing to do from an interpersonal point of view, it is also a business imperative because CEOs recognize that a culture of equality creates trust, innovation, and therefore business growth.”

Looking forward, the World Economic Forum and the Partnership have pledged to enlist 50-100 additional WEF-affiliated companies to join this effort by 2020. They will be guided by the United Nations LGBTI Standards of Business Conduct, adopted in 2017, which establishes a human rights and policy framework for companies to apply.

In the US, great progress has been made since the 1969 Stonewall riots ushered in the gay rights movement. Two events around the turn of the 21stcentury were pivotal. The first was the brutal torture and murder of Matthew Shepard, a University of Wyoming student in 1998. His violent death became a rallying cry and led to the adoption of the Matthew Shepard Hate Crimes Act of 2009. The second development was the 2003 Supreme Court decision in Lawrence v. Texas, in which the court struck down state sodomy laws and declared that sexual relations between people of the same sex were constitutionally protected. While the unfinished agenda for activists in the U.S. remains long, the path forward is now clear.

The challenges outside the U.S. are more daunting. As a first step, companies need to ensure LGBTI equality and inclusion in their workforces, including throughout their global supply chains. Too often companies have outsourced responsibility in their relations with their global suppliers, adopting a hands-off approach to the enforcement of core labor standards in factories or on farms that are part of their supply chains. Even more difficult, but no less important, these companies will need to find ways to challenge governments that continue to demonize their own people on the basis of their sexual orientation in places like Saudi Arabia and many parts of Africa. In the 21st century, global leadership in business must include the adoption of this important agenda.