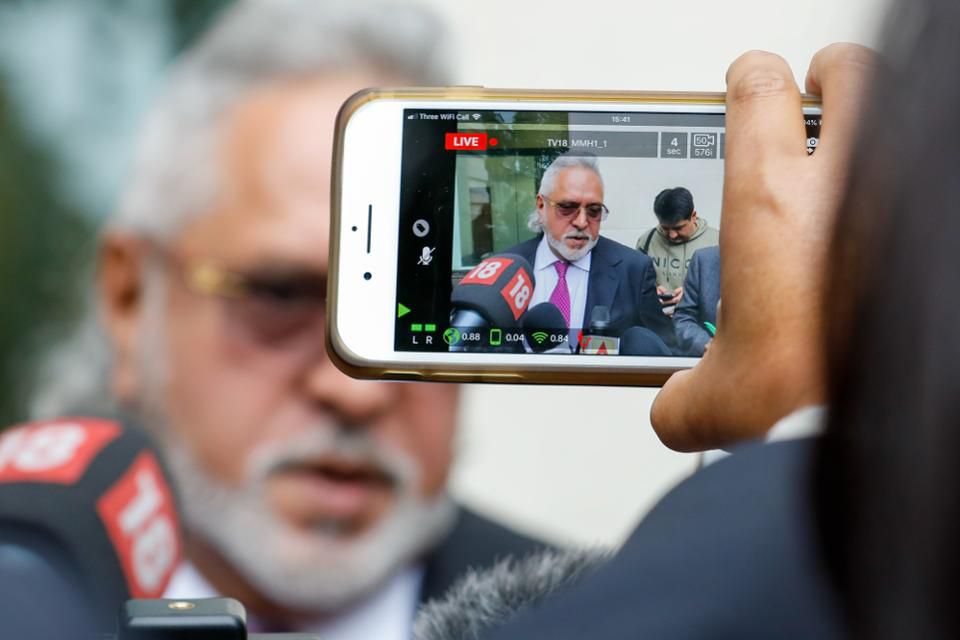 Indian tycoon Vijay Mallya is one step closer to being shipped back home.

The British home secretary, Sajid Javid, signed an order on Sunday approving the extradition of the embattled liquor tycoon back to India, where he stands accused of “conspiracy to defraud, making false representations and money laundering offences,” according to media reports.

The Westminster Magistrates’ Court had ruled in December that Mallya be returned to India to face the charges, and had referred the decision on his extradition to the home secretary.

In a tweet, Mallya said he will appeal the order. 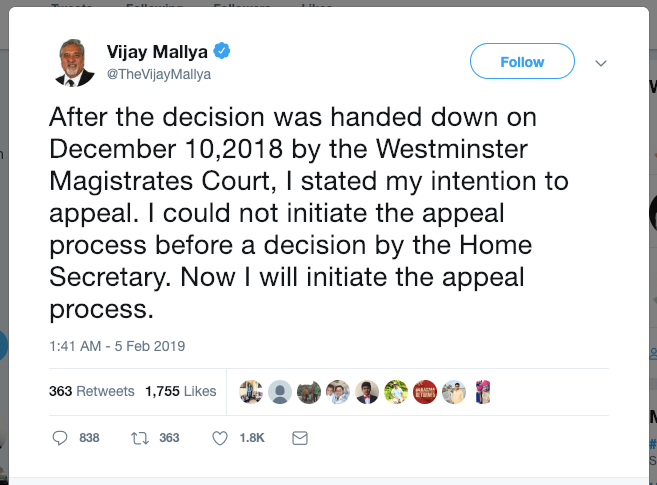 For the past year, Mallya has been fighting a legal battle in the U.K. to avoid extradition to India. Mallya left India in March 2016 with debts of more than $1 billion hanging over his head from his shuttered carrier Kingfisher Airlines. Since then, the self-styled “King of Good Times” has been portrayed by some politicians as the embodiment of India’s heedless corporate expansions that left the country’s banks saddled with billions of dollars of unpaid debts that are hindering economic growth.

Mallya has always disputed accusations that he fled to the U.K. to avoid bad debts including last week when he tweeted: “The DRT (Debt Recovery Tribunal) Recovery Officer recently attaches my Group assets worth over 13,000 crores in India on behalf of the Consortium of Banks. Yet the narrative is that I ran away with the claimed amount of 9000 crores causing loss to the Public Sector Banks. Where is Justice or fair play ?”

Monday’s order approving Mallya’s extradition was an expected step in the process, said Zulfiquar Memon, managing partner of Mumbai firm MZM Legal. “The real challenge for the Indian government will be to make their case in the U.K. high court,” he said.

What helps them is that in the weeks since the London court ruled in their favor, India has declared Mallya a “fugitive economic offender” and the government is expected to use that in their case against him in the U.K. High Court, Memon added.

“Most extradition cases are dormant back home,” Memon said. “But that’s not the case here. This is a hot case and it’s being discussed every day and his properties are being attached. All of this will be a challenge for Mallya.”

But Mallya’s extradition is not a clinched deal yet, and the suspense will go on for a few more months while the case winds its way through court.

Mallya’s extradition would offer a huge win to the government of Prime Minister Narendra Modi, who is poll bound by May 2019 and under whose watch a handful of wealthy tycoons, including Mallya, have fled the country to escape charges in a range of cases including loan defaults.

In the past, Mallya has challenged extradition on the grounds of “human rights conditions” in Indian jails and that the case against him is politically motivated.

At the time, he also challenged the claims by some media organizations that his offer to repay came just days ahead of his extradition verdict, and a day after a British businessman was handed over to Indian authorities in an unrelated bribery for helicopters case.

“Usual nonsense!” he said in response to a tweet by TV channel TimesNow, adding, “I have made settlement offers since 2016. Check your facts.”