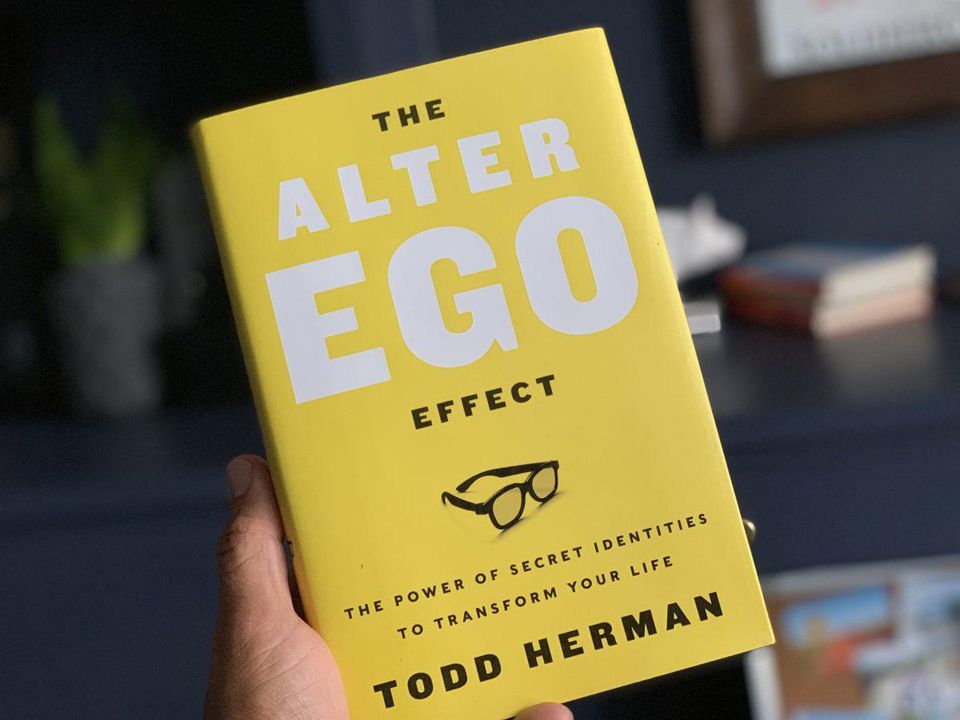 I never had access to money during my childhood, or even as I grew into a teenager and young adult. Both of my parents lived paycheck-to-paycheck and struggled with debt, so that’s really all I knew.

As a result, I was never really exposed to the investing world, nor did I learn to think of entrepreneurship as a viable career option. My parents were busy trying to keep the lights on and food on the table — the thought of having extra money to invest and build wealth would have been completely foreign to them.

Eventually though, I got my first introduction to the concepts behind investing and building wealth. I majored in finance in college, learned about mutual funds and ETFs, and found out how the stock market really works.

As I began my career as a financial advisor and transitioned to entrepreneurship, I was always looking for ways to increase my base of knowledge. I read books like Rich Dad, Poor Dad and Crush It: Why NOW is the Time to Cash In On Your Passion by Gary Vaynerchuk. However, books like these didn’t teach me how to invest my money. Instead, they taught me how to invest in myself and my personal growth.

The thing is, these are areas where rich people really do invest time and time again. That’s because they know something most people don’t — they know that growing wealth is about more than throwing money into the stock market, becoming an entrepreneur, or taking big risks to fund a promising startup.

Building wealth is just as much about becoming the best version of yourself, staying in constant learning mode, and building a network of like-minded people who can help you reach your goals.

Want to know exactly what I’m talking about? Here are some of the most common non-financial investments rich people love to make:

Most rich people read a lot of books written by people who inspire them in some way or have unique experience to share. I’ve always been a big reader too, diving into books like The 4-Hour Workweek by Tim Ferriss and The Millionaire Messenger by Brendon Burchard.

Reading is such a smart and inexpensive way to fill some of your free time and increase your knowledge, which is something the wealthy already know. If reading a few hours per week could help you stay mentally sharp while you learn new things, why wouldn’t you make that decision over and over?

But there are other ways to accelerate learning that don’t involve reading or books. You can also take online courses in topics that relate to your career. As an example, I’ve personally taken courses on YouTube marketing, productivity, search engine optimization, and affiliate marketing.

Going to conferences to learn new skills from others in your field is also a smart move rich people make. FinCon is a conference for financial bloggers I attend each year that I can attribute making millions of dollars from — mostly from meeting brands, learning new skills, and networking with my peers.

Personal coaching is another smart investment rich people make when they know they need some help reaching their potential. Morgan Ranstrom, who is a financial planner in Minneapolis, Minnesota, told me he wholeheartedly suggests a high-quality coaching program for anyone who needs help taking that next step in their business.

Ranstrom has worked with various life and business coaches that have helped him understand his values and clarify his goals, become a published author, and maximize his impact as a professional and business owner.

“For individuals looking to break through to the next level of success, I highly recommend investing in a coach,” he says.

Personally, I can say that coaching changed my life. I signed up for a program called Strategic Coach after being in business for five years, and this program helped me triple my revenue over the next three years.

The thing that scares most people off about coaching is that it’s not free; in fact, some coaching programs cost thousands of dollars. But wealthy people know the investment can be well worth it, which is why they’re more than willing to dive in.

Mentorship can also be huge, particularly as you are learning the ropes in your field. One of the best mentors I had was the first financial advisor that hired me. He was a million-dollar producer and had almost a decade of experience under his belt. I immediately gained access to his knowledge since his office was just next door and, believe me, I learned as much as I could.

Todd Herman, author of The Alter Ego Effect, shares in his book how he mentored under the top mindset coach in his industry when he couldn’t really afford it. He lived in a Motel 6 for almost a month to make the program fit in his budget though. Why? Because he knew this investment was crucial for his career. And, guess what? He was right.

Over the last year, I’ve participated in mentoring with Dr. Josh Axe, an entrepreneur who has built a $100 million health and wellness company. Just seeing how he runs his business and his personal life have been instrumental to my own personal growth.

The bottom line: Seek out people who are where you want to be, ask them to mentor you or sign up for their mentorship programs , and you can absolutely accomplish your goals faster.

It’s frequently said that Dave Ramsey was in a mastermind group called the Young Eagles when he first started his business. Entrepreneurs such as Aaron Walker and Dan Miller were also in the group, and they leaned on another for advice and mentorship to get where they are today. Ramit Sethi, bestselling author of I Will Teach You to Be Rich, is in a mastermind group with Derek Halpern from Social Triggers.com and other successful entrepreneurs.

I also lead a mastermind group for men. Believe it or not, one of our members has been able to increase his recurring annual revenue over $300,000 because of advice he has received.

These are just a few examples of masterminds that have worked but trust me when I say most of the wealthy elite participate in some sort of mastermind group or club.

Mastermind groups are insanely helpful because they let you bounce business ideas off other entrepreneurs who may think differently than you but still have your best interests at heart. And sometimes, it’s a small piece of advice or a single statement that can make all the difference in your own business goals — and your life.

When it comes to the top tiers of the business world, there’s one saying that’s almost always true:

“It’s not always what you know, but who you know.”

According to Alex Whitehouse of Whitehouse Wealth Management, successful people forge relationships that catapult their careers.

But it’s not about cheesy networking events. To get the most value, focus on meeting people at professional conferences, mastermind groups, and high-quality membership communities, says Whitehouse.

This is a strategy most successful people know — meet other people who you admire and build a relationship that is beneficial for everyone.

But, there’s a catch — and this is important. When you meet someone new who could potentially help you in your business, you can’t just come out of the gate asking for favors. I personally believe in the VBA method — or “Value Before the Ask.” This means making sure you provide value before asking a favor from anyone.

In other words, make sure you’re doing your share of the work to make the relationship a win for everyone. If you try to build relationships with other entrepreneurs just so you can ride their coattails, you’ll be kicked to the curb before you know it.

“On the average, five times as many people read the headline as read the body copy. When you have written your headline you have spent eighty cents out of your dollar!” – David Ogilvy – Visit The Online Publishers TOP online writers for quality content creation services.

Want To Start Selling Your Photos Online? Here Are the Steps to Follow.

The Best Option For Getting Quality Positive Reviews For Your Business.

Looking for New Ebooks To Read With TOP.

5 Reasons To Get Online Reviews Done With TOP.

2 Ways To Get More Results With Your Ads.

3 Great Benefits For Writers In Content Creation To Join With TOP.