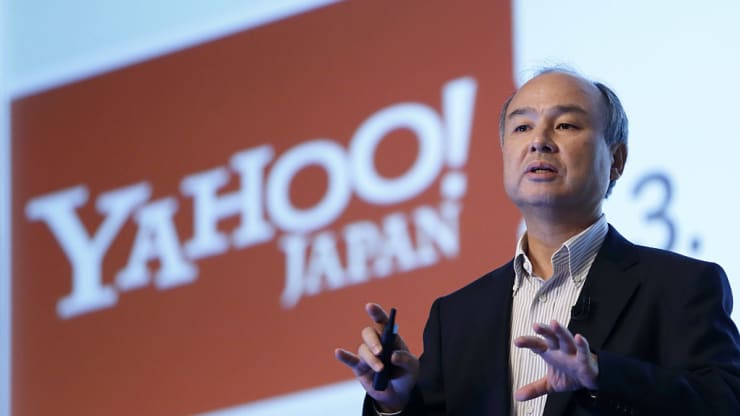 SoftBank CEO Masayoshi Son said the $100 billion Vision Fund has already invested about $70 billion of its money and could make even more bets in the future.

“We’ve invested probably $70 billion or so,” Son, who goes by the nickname “Masa” told CNBC’s David Faber. “But we have banks who are wishing to support us for extending leverage because the value of our assets has grown.”

SoftBank’s Vision Fund was founded in Nov. 25, 2016 and has invested billions of dollars in companies like ride-hailing firm Uber Technologies, food-delivery company Doordash, shared office space firm WeWork and messaging firm Slack. “Many of them are having IPOs,” Son noted, including an offering by Uber expected soon. “So the banks are willing to support us,” he said.

Investments of more than $3 billion need consent from Vision Fund’s backers, including limited partners such as the sovereign wealth funds of Saudi Arabia and Abu Dhabi, Son said. But the fund manages the investments as it sees fit.

So far, Son is happy with the investments thus far.

“Our return on the investment is very, very good,” Son said. So some people may say, ‘Well, Masa, you paid too much.’ But still our company’s value is growing very quickly after our investment,” he said.

But the fund’s massive spending has raised worries that SoftBank may need to launch another Vision fund. Son said he sees himself doing it again, but added it is too early to say whether he will.

The Online Publishers (TOP) is an International Campaigner and Online Lobbyist operating in over 120 countries and 65 languages.

The Best Way To Go About Finding FDI? To know more >> Theinternationalcampaigner.com

The Online Publishers TOP Platform Is No. 1 Choice for Press Release Distribution.

Where You Can Get Paid As A Social Media Influencer Online.