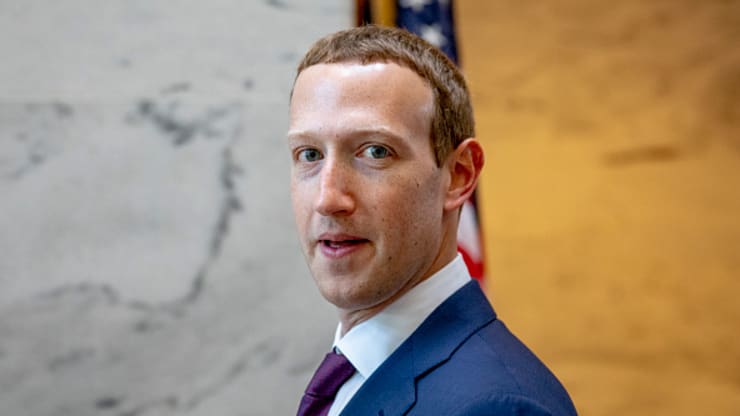 Facebook CEO Mark Zuckerberg addressed the company’s challenges in two hours of leaked audio from internal meetings published in part by The Verge on Tuesday.

The audio from two July Q&A meetings with employees provides a glance into Zuckerberg’s thoughts on key issues facing his company while not under the spotlight of press cameras or a congressional hearing. He also blasted Sen. Elizabeth Warren’s plans to break up Big Tech companies if she becomes president.

The meetings took place after the Federal Trade Commission’s $5 billion settlement with the company over privacy concerns, according to The Verge — a deal that included a release from liability for executives from its previous consent decree and which ultimately sent Facebook shares up.

While Zuckerberg’s answers at the employee Q&A meetings come off as more casual and sometimes jocular takes on his public remarks, the fact that two hours of internal dealings leaked to the press is significant. Over the past year and a half since the Cambridge Analytica scandal, Facebook has had to do damage control, both inside and outside of the company. Current and former employees have previously expressed gripes with Facebook’s culture, with some telling CNBC earlier this year that it’s like a “cult.”

The recordings open a window into Zuckerberg’s thinking on hypotheticals that he might not usually entertain publicly. In one of the July meetings, for example, Zuckerberg told employees that if Warren, D-Mass., becomes president, “then I would bet that we will have a legal challenge, and I would bet that we will win the legal challenge,” referring to Warren’s stated plan to break up Big Tech companies including Facebook.

“But look, at the end of the day, if someone’s going to try to threaten something that existential, you go to the mat and you fight,” Zuckerberg said.

Zuckerberg also addressed employee questions on his decision-making in the recordings released by The Verge. He explained to employees why he has refused to testify in front of some foreign governments, saying “it just doesn’t really make sense for me to go to hearings in every single country that wants to have me show up.” He also answered questions about the reported poor workplace quality for Facebook’s contracted content moderators previously exposed by The Verge, calling the reports “a little overdramatic” but saying it’s “a really important thing” to make sure workers receive “the mental health support that they need.”

Facebook isn’t the only company that has had internal recordings of its meetings leaked to the press. CNBC has previously reported on leaked audio from all-hands meetings with Amazon CEO Jeff Bezos. At a November meeting, Bezos similarly addressed antitrust concerns in front of his employees, saying, “It’s reasonable for large institutions of any kind, whether it be companies or governments, to be scrutinized,” according to the recording heard by CNBC.

Read the transcript of the Facebook recordings on The Verge.

EVERYTHING BUSINESSES NEED TO KNOW ABOUT FOREIGN DIRECT INVESTMENTS.

Benefits of Foreign direct investment to the recipient country.

Get Expert Help With Press Release Services Through TOP.

4 Reasons All Freelancers Should Be Working With TOP.

About Search Engine Optimization “SEO”: What does it involve?!

4 Ways TOP Platform Can Help You Grow Your Business.