Latest Blogs
Home Business Need to Regain Your Sanity? Learn to Say No. 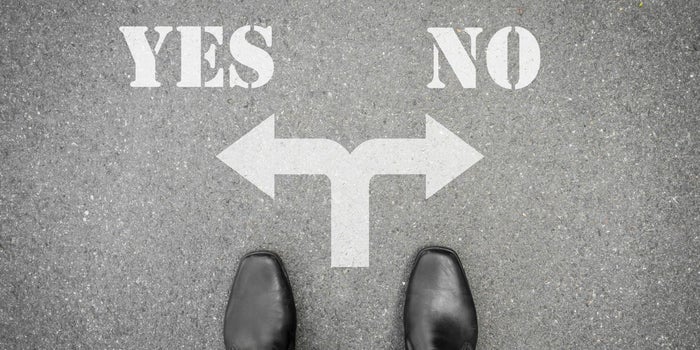 Need to Regain Your Sanity? Learn to Say No.

Mary* was doing well as VP of business development at a San Francisco tech company. She’d been hired to create goodwill within the community, and she was a perfect fit. But her work had started suffering. Her CEO had asked her to take on a new project in Brazil, which would require her to spend at least a third of her time there. Her instinct was to say yes; she didn’t want to lose her CEO’s approval, and the opportunity was an honor. But realistically, she couldn’t be in South America and do what she’d been hired to do in San Francisco, too.

When I met with her, I recognized the problem immediately. I’ve been an executive coach for more than 25 years, and Mary had made one of the biggest mistakes I see among top executives and founders: They’re always saying yes. Leaders want to grow business, please people, avoid conflict, and keep a job. But accepting every request or business proposition can render leaders overloaded and overworked. Since this prevents them from thinking clearly, it can also keep them from focusing on their — and the organization’s — most important work.

With another client of mine, the founder of a company who agreed to every merger and acquisition that came his way, I put up on a whiteboard all the costs of saying yes — his health, barely knowing his daughter, his COO constantly rotating. When he looked at that board, he cried.

I get it; telling someone no feels selfish. But when you learn to say it artfully and strategically, everyone wins in the end. It’s all in how you deliver that important, critical word. Consider one of these approaches:

1. The flat-out “No.” It’s usually easier for someone to hear “No” for a reason, so you might try something like “I appreciate your request. Thank you. Since it comes from you, I’ve given it a lot of thought. As a leader who likes to say yes, I would like to take on everything. But I’ve learned that I have to prioritize in order to be effective for the company. I’m sorry that I have to say no, because I have already committed to x and y, and I need to do the best job possible on those projects.”

2. Tinker with the timing. Offer to tackle the request at a later date — perhaps at the end of the fiscal year or when your current top-of-mind project is finished. But go this route only if you know you can deliver. If you’re BS-ing, it will burn trust.

3. Accept with conditions. Can you alter the request to make it easier? You might say, for example, “If you assign a project manager who can ensure everything stays on time and budget, I’ll be happy to do this.” It’s a good way to test whether the requesting party has skin in the game. Maybe the project isn’t really that important to them.

4. Become a problem solver and offer an alternative solution. My client at the tech company ended up finding another candidate who was well-qualified to handle the Brazil project, while recommitting to what she was hired to do. The boss was delighted that she had come up with a solution, and it gave a colleague a terrific career growth opportunity.

The thing about saying no is that it enables you to say yes in a much more collaborative way. We often think people don’t want to hear “No,” but CEOs get frustrated when people accept and then can’t deliver. They generally have more trust in somebody who is assertive — who can either push back or provide a new way to deal with the situation. My client’s boss saw that in her and thought, Wow, she understands the business. In his eyes, she’s not a naysayer — she’s a business strategist.

The Helpful Trend It Service.

How TOP Platform Solves A Need For Influencers Marketing.

3 Reasons to Consider TOP for Any Press Release Project.