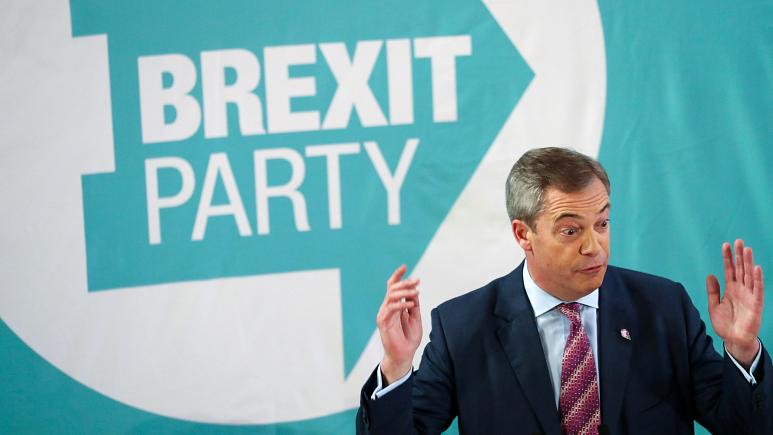 Nigel Farage has announced that his Brexit Party will not contest parliamentary seats held by Boris Johnson’s Conservatives at the upcoming December election.

The decision — a boost for Johnson — effectively reverses the anti-EU campaigner’s earlier pledge that the Brexit Party would fight all seats unless the prime minister committed to a no-deal Brexit.

“The Brexit Party will not contest the 317 seats the Conservatives won at the last election,” Farage announced while speaking about the party’s election strategy.

Farage said he feared that contesting all seats would create a hung parliament and hand gains to the pro-Remain Liberal Democrats.

The party plans to concentrate effort against the opposition Labour party and the “rest of the remainer” seats in order to prevent a Labour government or pro-Remain coalition that would hold a second Brexit referendum.

“I think if there was a second referendum, it would be disastrous,” Farage said.

He said he changed his mind in part after Johnson pledged that he would not extend the Brexit transition period beyond 2020. Farage insisted that he hoped Johnson would keep his promise.

Where To Start For Trying To Make Money Online As A Trender.

THE ROLE OF SOCIAL MEDIA IN ONLINE LOBBYING.

4 Ways TOP Can Help You Handle Your Press Release.

Where You Can Get Paid As A Social Media Influencer Online.

3 Reasons You Need To Make TOP Your Digital Marketing Hub.