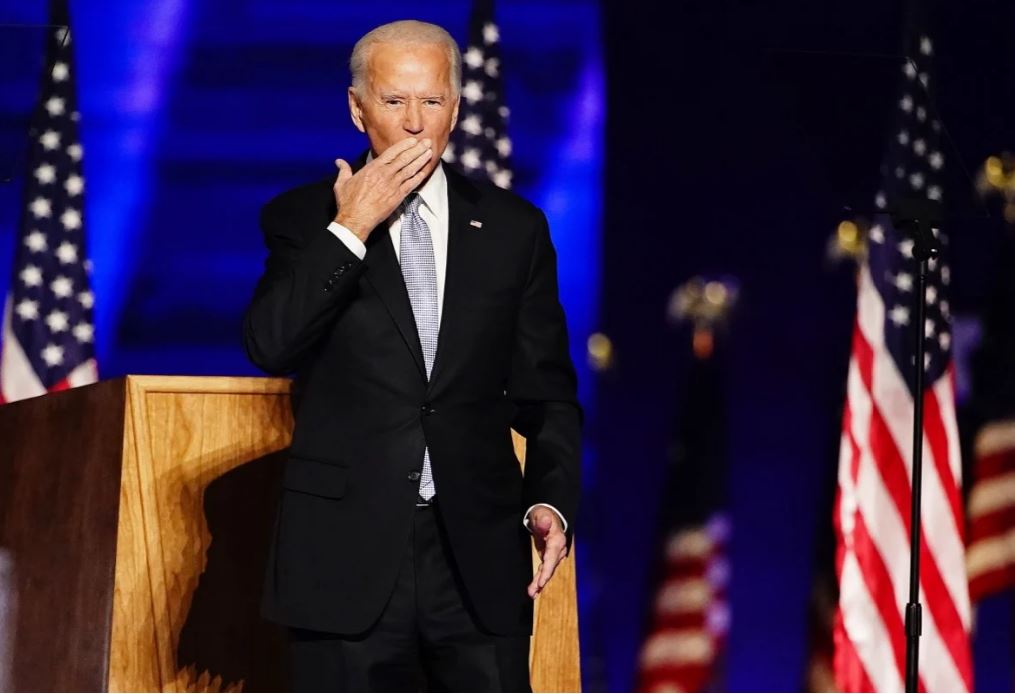 Confrontation and the risk of military conflict over Taiwan between Beijing and Washington look set to continue under a Joe Biden administration, with military and diplomatic observers predicting no let-up to US sales of advanced weaponry to the self-ruled island.
Experts pointed to bipartisan support in the US Congress for President Donald Trump’s Indo-Pacific strategy – widely seen as targeting Beijing – which they said indicated key Washington policies of a strategic global retrenchment and more investment in the Pacific to counteract a rising China were likely to continue.

But president-elect Biden is expected to take a less openly confrontational approach, according to Shi Yinhong, a senior adviser to China’s cabinet-level State Council. “Unlike Trump’s rude and fierce style, Biden would be more moderate and stable when dealing with Beijing,” he said.

“But the new administration will use salami tactics to help Taiwan strengthen its defensive capability, instead of large packages of arms deals and other drastic moves to infuriate Beijing.”

Despite concerns in both Washington and Beijing about the possibility of a major conflict between the two powers – and continuing dialogue to keep military-to-military relations stable – the bipartisan coalition in the US against China meant the risks of a misstep in the Taiwan Strait amid ongoing tensions would continue to exist, Shi said.

“Biden will keep playing the Taiwan card, like Trump, because it is always the most effective measure to hit China hard. Beijing’s hardline insistence that the Taiwan issue is a ‘bottom line’ means military confrontations between the PLA and the US military in the Taiwan Strait will become a constant reality in the future,” he said.

Beijing regards Taiwan as a breakaway province that must eventually be reunited with the mainland, by force if necessary. Consequently, any move to encourage the island towards independence would be seen as a violation of the one-China policy and an unacceptable challenge to Beijing’s bottom line.

An indication of Biden’s approach to the Taiwan issue was gleaned from an article he wrote for New York-based Chinese-language newspaper World Journal, published two weeks before the election, in which he promised to rebuild relationships with Washington’s closest partners in the Pacific.

“That includes deepening our ties with Taiwan, a leading democracy, major economy, technology powerhouse – and a shining example of how an open society can effectively contain Covid-19,” Biden wrote, adding that Washington would collaborate with Beijing when it was in American interests, including on public health and climate change.

Taipei-based military expert Chi Le-Yi said the article implied Biden would handle security, economic and diplomatic issues separately when it came to managing Washington’s relations with Beijing and Taipei. “The Biden administration will continue arms sales to Taiwan, but he knows how to seek a balance,” he said.

The Trump administration has approved 18 arms sale deals to Taiwan, compared to 17 during Barack Obama’s eight years in office. But it was under Obama in 2013 that Washington enhanced Taipei’s strategic role when the US Air Force upgraded the long-range early warning radar surveillance system on the island’s Leshan mountain.

According to Chi, the system had dramatically strengthened Taipei’s military surveillance of airspace from the Korean peninsula to the southernmost part of the South China Sea, which meant it was able to monitor both PLA aircraft movements and missiles, as well as North Korean ballistic missile tests.

“With the help of intelligence, surveillance and reconnaissance (ISR) solutions, the US is able to intervene in the Taiwan issue once some indications emerge to show the PLA is going to take action against Taiwan,” he said.

This package followed the biggest ever arms deal to Taiwan, finalised in August with the sale of 90 F-16 viper fighter jets equipped with the most advanced fifth generation AESA radar systems – eclipsing former president George H.W. Bush’s approval for the sale of 150 F-16s to Taiwan in 1992.

According to the US State Department, the F-16 viper jets, MQ-98 armed drones, HIMARS, and SLAM-ER missiles are advanced and offensive weapons that will not only enhance the Taiwanese military’s surveillance capability, but will also help the island employ a “highly reliable and effective system to counter or deter maritime aggression, coastal blockades and amphibious assaults”.

“In order to help the Taiwan military to counter the PLA, the US has reserved hardware and software back doors in many of the weapons sold to Taiwan for future upgrading. For example, the F-16 fighter jets are more advanced than its variants exported to other countries,” he said.

Why has the relationship between the Chinese mainland and Taiwan taken a turn for the worse?

Beijing has been strengthening its coastal forces for decades, to be combat-ready for a possible invasion of Taiwan, with two aircraft carrier strike groups, more than 1,000 fighter jets, and the recent deployment of its most advanced DF-17 hypersonic missiles and other powerful weapons systems to the PLA’s Eastern and Southern theatre commands overseeing the Taiwan Strait.

But Beijing-based military commentator Zhou Chenming said taking back Taiwan by force was not a priority for Beijing. “There is no timetable for a Taiwan reunification plan. Beijing’s current key concern is how to govern Taiwan and keep the island’s prosperity in the future, rather than to liberate it,” he said.

A military source close to the PLA told the South China Morning Post the protests and political turmoil in Hong Kong had reminded the Beijing leadership that they would face “more and worse resistance when dealing with Taiwanese people” if they used force to take back Taiwan without comprehensive plans and preparations.

“Before coming up with a comprehensive plan about how to govern Taiwan after reunification, Beijing prefers to maintain the status quo of Taiwan,” the source said.

Are you looking for a great place to open an offshore bank account?  Try Portugal.  You can choose whether you also wish to live there.  Whatever you decide, you are welcome to open a personal or corporate bank account.  #topcompanyformation.com