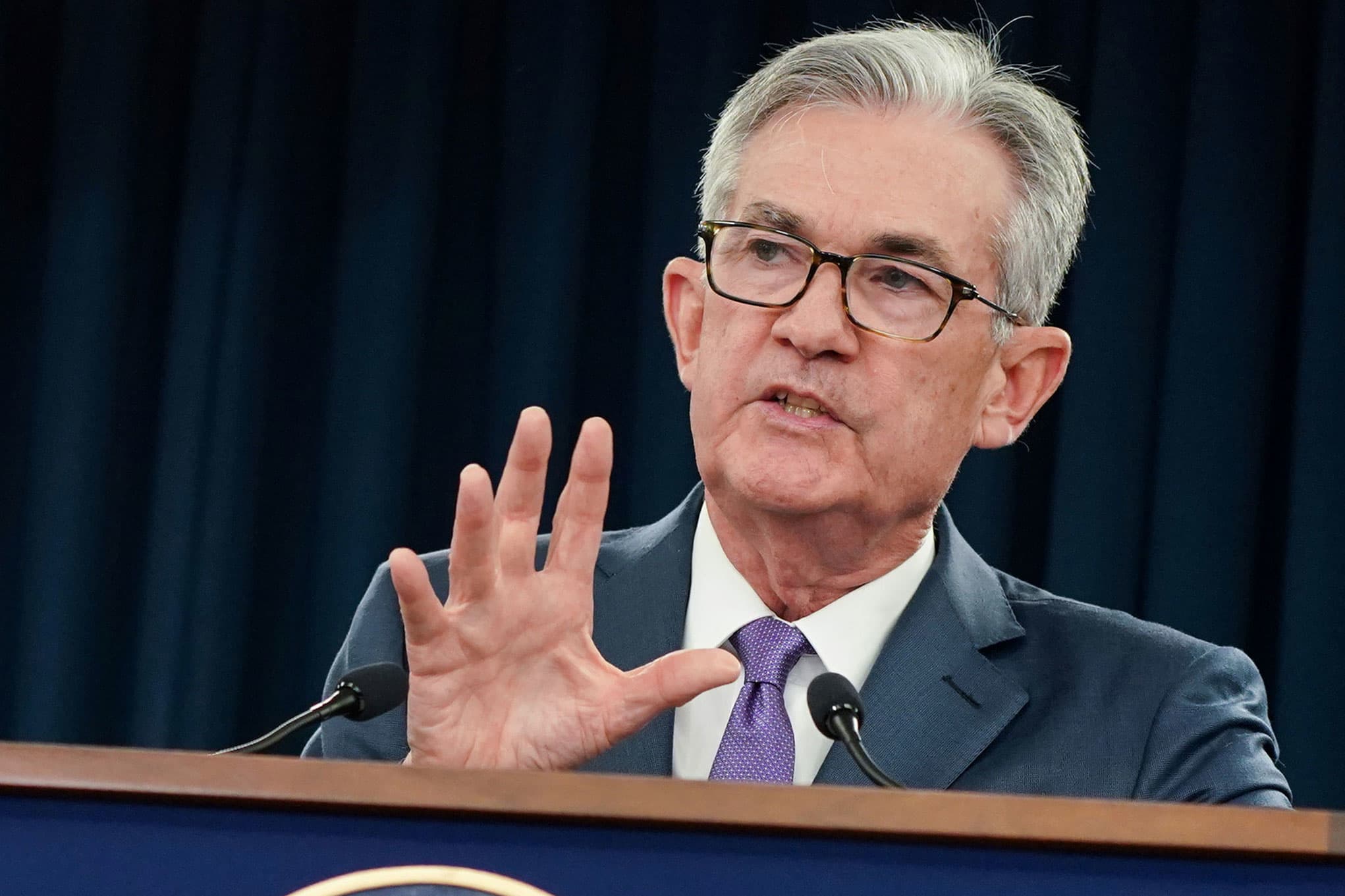 The bond market sold off on Thursday when Federal Reserve Chairman Jerome Powell expressed little worry about inflation and provided no indication of policy changes ahead.

In an exchange with the Wall Street Journal, the central bank leader acknowledged that an economy recuperating from the depths of the Covid-19 pandemic could see some price pressures ahead.

But he also dismissed them as mostly “base effects.” In other words, prices in the next couple of months will look high, but only when compared to last year, just as the pandemic was beginning and inflation pressures fell through the floor.

“There’s just a lot of ground to cover before we get to that,” he added.

Bond markets sold off during his comments, sending yields higher, as prices and yields move in opposite directions. Stocks also tumbled, sending the Dow industrials down more than 600 points.

Inflation is kryptonite for the bond market for a few reasons.

Further, if inflation rises, that means future interest payments one receives for holding the bond are worth less.

Powell said the recent leap in yields was “notable and caught my eye,” but didn’t sound any alarm. Instead, he said he would be concerned only by “disorderly conditions” in the market, which he did not indicate to be case even though yields are at the highest levels since before the pandemic began.

Even if inflation does rise, Powell and other Fed officials say they are content to let it run above their 2% target until the jobs market shows a full and inclusive recovery along income, gender and racial lines.

Wall Street was looking for some indication of policy tweaks from the Fed. Rather than seeking rate hikes, some economists and investors are looking for the Fed to change the composition of its monthly asset purchases.

One option would be to sell short-term bills and buy longer-dated notes in an effort to raise yields on the short end and lower them further out in duration to flatten the yield curve, in a process known as Operation Twist.

Investors worry that the Fed may again have to play catch-up by hiking rates when inflation does occur. Stock market investors also don’t like rising interest rates as they make it more expensive for companies to borrow and endanger debt-laden companies that have become dependent on low rates.

“With respect to financial conditions, it will be up to the Fed on whether they tighten further. The more dovish they get in the face of market expectations of higher inflation, the more financial tightening we’ll see,” wrote Peter Boockvar, chief investment officer at Bleakley Advisory Group.

Boockvar added that Fed officials “have put themselves in a tough situation” and must hope that inflation does not hit the 2% target before employment also reaches their goal.

“If it does, they have a problem because they will be afraid to confront it with higher rates if they remain so focused on employment,” he said.