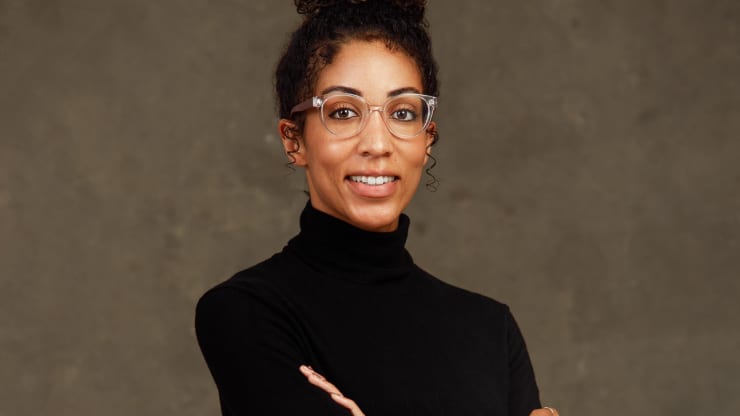 Maya Horgan Famodu has become a trailblazer in Africa’s venture capital industry, but her path to success hasn’t been straightforward.

Horgan Famodu is the founder of VC firm Ingressive Capital, a $10 million fund, based in Lagos, Nigeria. It has backed a number of promising start-ups in sub-Saharan Africa, including Nigerian fintech Paystack, which was actually Ingressive’s first investment and was bought in October by payments giant Stripe.

Despite clearly having a knack for spotting burgeoning start-ups, Horgan Famodu found she had to have a lot of persistence to break into Africa’s VC industry.

Horgan Famodu, who is half-Nigerian and grew up in Minnesota, started out working in mortgage banking at JPMorgan Chase and briefly worked in private equity research in New York.

She told CNBC on a telephone call that she had long been interested in the development of entrepreneurship in Africa and hoped that in working at a big-name bank like JPMorgan she would be able to “redirect the (investment) machine for good.” Instead, Horgan Famodu said she ended up feeling as if she had become a “cog in the wheel.”

And while she constantly kept tabs on the latest technology investment deals in Africa, Horgan Famodu said she had a strong sense of “FOMO” (fear of missing out) on the “revolution” of technology start-ups on the continent.

Horgan Famodu left her private equity job in New York to go to Nigeria, with the hope of setting up her own fund. However, at 23-years-old and with just 18 months experience in the industry, she didn’t get very far in finding backers.

Horgan Famodu started Ingressive as an investment advisory firm to build her reputation in the industry and eventually launched Ingressive Capital in 2017, aged 26. She is thought to be the youngest person to have launched a tech fund in sub-Saharan Africa and the first woman to do so alone in Nigeria.

Part of Horgan Famodu’s determination to make it into the VC industry in Africa was to do with her own upbringing, having grown up in a trailer park in rural Minnesota. Growing up “super poor” felt like a “prison,” she said, reflecting on the limits that brought to doing extracurricular activities.

She said that “feeling of knowing you have capacity, knowing you have the determination and the grit to do something but something outside of your control, access, is taken away … I hate that feeling so much that I just don’t want anyone else to go through that.”

It was one of the motivating factors in how she built her business. Horgan Famodu explained that she’d spent time in Madagascar studying the impacts of western non-profit initiatives on local communities as an undergraduate at college. She said she found that initiatives created less sustainable change without local entrepreneurship.

Horgan Famodu argued that “scalable entrepreneurship focusing on meaningful problems in the local ecosystem and finding scalable solutions, is not only a way to improve the society in a monetizable way but simultaneously create ownership and wealth within the populous.”

She also created a non-profit initiative alongside her fund, Ingressive for Good, which provides micro-scholarships, technical skills development and talent placement for young people in Africa.

Horgan Famodu said her mother also shaped her ethos on failure and determination, having been in the army for 23 years and trying to command the respect of “misogynistic” men.

“I think I learned from my mum from a young age — shame is simply a construct,” Horgan Famodu said, adding that she doesn’t get embarrassed.

And part of that attitude, she said, comes from dedicating your life “to a purpose greater than yourself, and that’s when you fail and you get a bunch of no’s, and it’s nothing to do with you.” She suggested that focusing on a collective goal prevented people from stewing too much over their own personal failures.

Become a permanent resident, or better still, a citizen of the amazing country of Vanuatu.  We are Trade Board Limited and can help you with either one.  Visit our website at https://tradeboard.biz, then contact us.